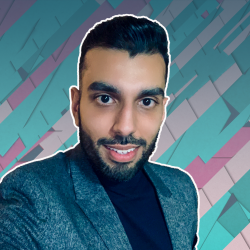 If there’s one thing I look forward to watching, it’s Apple’s online events. They didn't disappoint with the announcement of their new MacBook Pros and M1 Chips!

If there’s one thing I look forward to watching, it’s Apple’s online events. I’ve been a tech geek for as long as I can remember, and while there was a time when I went back and forth between iPhone and Android devices, I’ve stuck with Apple gadgets since the iPhone 7 was released. I’m also one of those individuals that upgrades his iPhone each year (although this is the first year I can remember that I haven’t upgraded). I just love having the latest and greatest, and Apple are one of those companies that take technology to the next level and push the boundaries of what’s achievable.

It’s fair to say they’ve disappointed recently and have made mistakes along the way (Apple Airpower anyone?) . But I think when Apple do get it right, it’s done incredibly well. And, if Apple’s overly simplistic line charts are correct, then once again they’ve done incredibly well with their M1 chips.

They blew me (and the rest of the tech world) away when they announced their M1 chip last year. And I decided to upgrade my iMac for an M1 MacBook Air because 1. My iMac was often sluggish at rendering even 1080p DSLR footage when I was trying to edit my YouTube and Skillshare videos, and 2. I was having this weird bluetooth issue that Apple themselves couldn’t resolve. The M1 MacBook Air blew me away. It handles anything I throw at it, and I don’t see me needing to upgrade for many years to come.

But wow does Apple tempt you! Their new MacBook Pro’s not only look great, but they come with most ports I’d need and what seemed a reasonable entry-level price ($2000). Don’t get me wrong, I won’t be upgrading because I simply can’t justify forking out money when I have a perfectly great machine already. But I can see how those on older intel MacBook Pros will be enticed.

It’s incredible to see where Apple is taking these chips and the power they deliver. Not only did they announce a successor chip to last year’s M1, but they announced a second chip that is even more powerful. I’d have thought the latter would have been next year's chip, but they must have something special in store next year too. I applaud the fight that Mr. Intel shows,  but I imagine he’s feeling slightly frightened now. I wonder how the stock market will react. It fell following last year’s Apple event.

If you watched the event, let me know what you thought of it.

Until the next one,

I Moved My Blog From Wordpress To Ghost

Hardeep Nagra
I moved my blog from Wordpress to Ghost. It wasn’t as easy as I thought but was it worth it? I’ll let you decide!
7 min read Nov 26, 2020
Subscribe
Join the newsletter to get the latest updates.
Great! Next, complete checkout for full access to Hardeep S Nagra
Welcome back! You've successfully signed in
You've successfully subscribed to Hardeep S Nagra
Success! Your account is fully activated, you now have access to all content
Success! Your billing info has been updated
Your billing was not updated